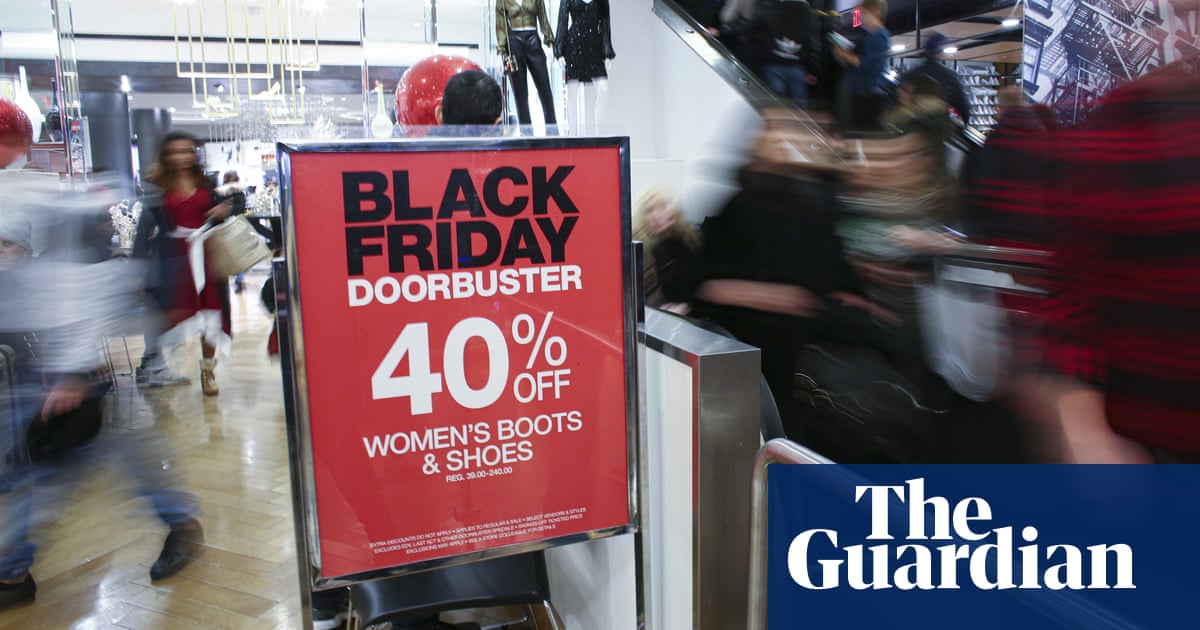 Workers across the US are using Black Friday and Thanksgiving holiday shopping sales to address working conditions and labor issues in retail and related industries.

On Black Friday, workers from the Marciano Art Foundation in Los Angeles and the American Federation of State, County and Municipal Employees (AFSCME) union, are holding protests at 45 Guess retail stores across the US. The art foundations owners, Maurice and Paul Marciano, founded Guess in 1981, and workers are targeting the stores to call attention to the mass firing of 70 visitor service associates at the art museum earlier this month after the announcement of a union organizing drive. The workers filed unfair labor practice charges with the National Labor Relations Board in response to the firings.

This is a great opportunity to show whats going on in the museum and nonprofit sectors is connected to all labor movements, and to show people all over the country that unions have considerable braun and are willing to stand up against injustices, said Eli Petzold, a member of the Marciano Art Foundation union organizing committee and one of the visitor associates who were laid off. They made this firing decision so callously, impulsively and without any transparency. I dont think any of us deserve working in a place thats like that.

United for Respect, a not-for-profit organizing retail workers across several different corporations, are holding protests on Black Friday at H&M stores around the US to bring attention to retaliation and intimidation against its workers for participating in organizing efforts.

In August, Nick Gallant was fired from his job at an H&M retail store in Emery, California. Gallant helped pass a local fair workweek ordinance to provide workers with predictable scheduling. Gallant explained he was fired in retaliation for pushing H&M to abide by the ordinance and criticizing unsafe practices in the store, such as limiting a pregnant workers bathroom breaks.

When I was terminated, the reason given to me was because it was a conflict of interest in brand damaging or making H&M look negatively, said Gallant. I didnt do anything wrong. H&M didnt like that I was raising these concerns and advocating for better working conditions and now other workers are scared to speak out for fear of retaliation from management.

H&M declined to comment on Gallants termination. H&M respects the rights of groups to engage in policy debate, said an H&M spokesperson in an email.

About 650 Macys workers at the Union Square store in San Francisco voted to authorize a strike earlier this month as their union, United Food and Commercial Workers Local 5, have yet to make a decision on whether workers will carry out the strike on Black Friday. Contract negotiations with Macys stalled over low wages and unaffordable healthcare for workers. A Macys spokesperson said the store will remain open on Black Friday whether a strike occurs or not.

Immigrant organizations, labor groups, activists and workers at Amazon held a rally ahead of Black Friday at a Staten Island, New York-based warehouse in response to reports of high injury rates at various Amazon Fulfillment Centers. Dozens of groups also announced the formation of a coalition of groups devoted to address Amazons monopolistic practices, work with US Immigrations and Customs Enforcement (Ice), working conditions and massive tax breaks and subsidies the company has received in fueling its expansion.

One of the member organizations, Fight for the Future, is supporting a call on musicians to remove their music from Amazons music streaming service starting on Black Friday as part of the No Music For Ice campaign in protest of Amazons contracts with the Department of Homeland Security to host the agencys databases used to track down immigrants.

Amazons surveillance based business model is fundamentally at odds with basic human rights. Theyre providing a technical backbone for the US governments violent attacks on immigrant communities. Musicians have a moral responsibility to leverage whatever power and platform we have to oppose this, said Evan Greer, an artist and deputy director of Fight for the Future.

More than 1,000 artists signed the initial No Music For Ice pledge to boycott Amazon-sponsored events or entering into exclusive partnerships with Amazon.

Amazon, Guess and the Marciano Art Foundation did not respond to multiple requests for comment.

For more than 4 million workers in retail and thousands of temporary seasonal workers, the Black Friday sales that begin in many stores on Thanksgiving Day worsen erratic scheduling in the industry and come with anxiety, long hours and low pay in exchange for missing time spent with family over the holiday.

Its a two-pronged experience for workers. On one hand, theyre not getting all the hours they want during the rest of the year and this is a time to catch up and make up those hours, but never knowing how many theyre going to get scheduled and what their schedules are going to look like, said Janna Shadduck-Hernndez, the project director for the UCLA Labor Center, which has published extensive research on retail workers as Los Angeles city council and other municipalities around the US are currently considering or have already passed fair workweek laws that mandate employers give workers predictable schedules.

Black Friday brings up all these issues, added Shadduck-Hernndez. Retail workers are anticipating it with mixed emotions, angst and hopefulness there is going to be a bigger paycheck at the same time with facing a lot of frantic, stressful experiences.