Presidents poetic words set to music in the style of the Ramones, the Smiths and more 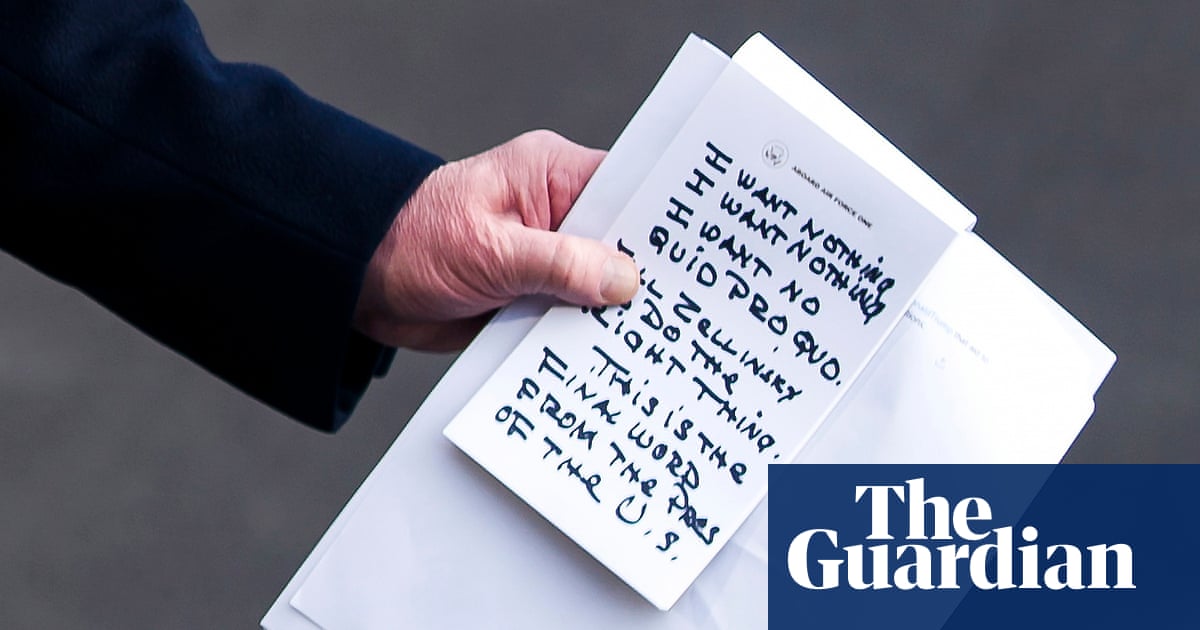 Donald Trump treated reporters on Tuesday to what appeared to be a spoken-word poem about his feelings on allegations of a quid pro quo with Ukraine.

His remarks, penned in enormous letters with black marker, were helpfully transcribed and photographed for anyone who might want to stage a performance of their own.

The internet obliged, setting his words to music in the style of several bands. Among the hits were a Ramones-style punk rock version, set to a pretty impressive video in which Trumps singing really gets the crowd going:

Then there was the Dashboard Confessional-esque emo version. The voice here is virtually indistinguishable from Chris Carrabba, who would surely sympathize with the presidents emotional turmoil:

Multiple musicians created Smiths-style versions of the song, suggesting that perhaps what Morrissey does is not actually very hard to do and every Smiths song sounds the same and why do people think he is talented: