A year after Jill Meagher was murdered, Tracy Connelly was too. The different ways each crime was reported speaks volumes 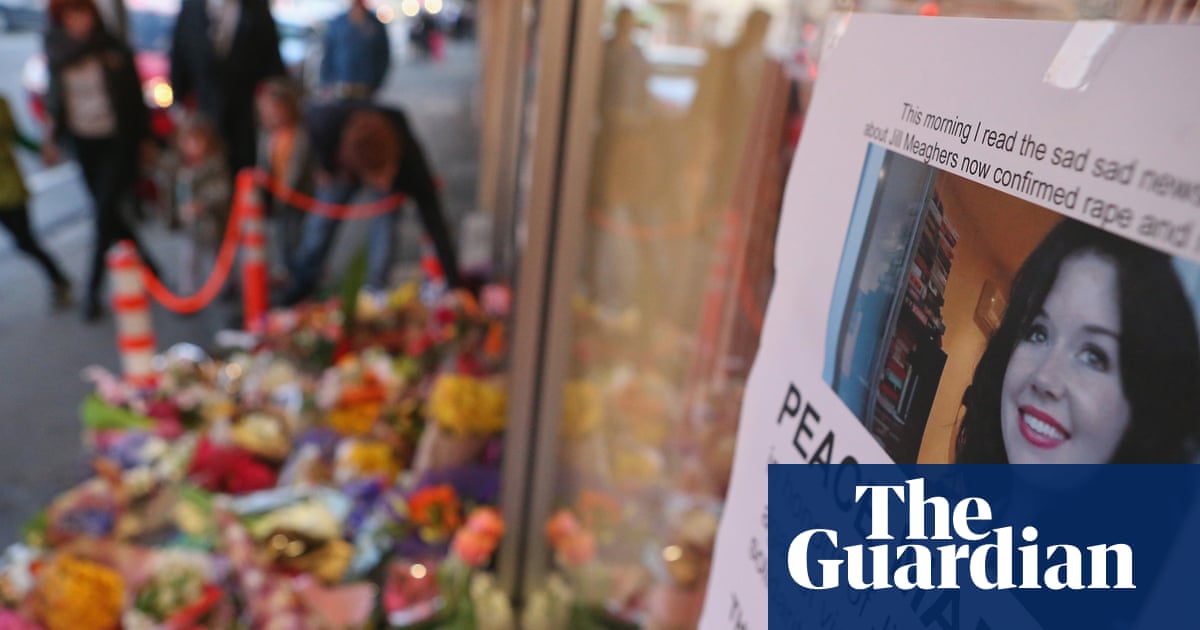 In July 2013 a woman called Tracy Connelly was murdered in Melbourne. It made headlines in most of the national newspapers, all of which used some variation of the phrase St Kilda prostitute killed. The story dropped off the front page of every website within a day.

Less than a year before Tracys murder, another woman, Jill Meagher, was murdered. Remember Jill? How could we forget her? So young, so beautiful, so beloved, so normal. The reporting reached saturation with a gorgeous photo of her happy, smiling face. We saw footage of her poor, heartbroken husband and heard the shocked and trembling voices of her colleagues at the ABC. The coverage went on for weeks. It made her a real person to everyone who read about her murder.

But what about the St Kilda prostitute? Was she not just as much a person as Jill? Tracy Connelly was 40 years old when she was murdered. She lived just a few streets from my house. Tracy was real; she was a person, she had a community who valued her and a boyfriend who loved her. Why was she so dehumanised in the coverage of her murder?

The answer is, of course, all too obvious. She wasnt a person, she was a prostitute. The reporting on the man who is charged with murdering Michaela Dunn mostly avoided the pejorative term prostitute and replaced it with sex worker but the dehumanising of another woman killed by a violent man showed nothing much has changed in seven years.News stories sensationalised the work both women did and ignored the parts of their lives that made them a person; the coverage of Jill Meaghers murder, on the other hand, humanised her thoroughly.

The way the media chose to frame Tracys story, by constantly referring to her as a prostitute, suggested that in some way she deserved what happened to her. That she should have known better, and that she was asking for trouble by doing the work she did.

The opening lines of a story about her murder in the Age in July 2013 read:

Tracy Connelly had walked St Kildas red light district for at least a decade and knew her work was dangerous. In 2005, her minder was run over by a man who was angry that she refused to get in his car, Ms Connelly once told a court.

What if theyd led with a photogenic image of Tracys beautiful, pale, smiling face and this paragraph:

Tracy Connellys traumatised boyfriend discovered her body in their home yesterday afternoon. There was no sign of forced entry and police believe she may have been killed by someone she knew. Tearful friends talked about what a caring, loving person Tracy was, and how devastated their community is by this horrible crime.

Would Tracy be a person to us then? Would she be so easily forgotten? Or would we have to wait until her killer, like Adrian Bayley, attacked a white, middle-class woman for the world to remember that a murdered woman is a person? That no person asks for or deserves murder, or any other form of attack. That blaming the victim is never acceptable, regardless of their profession, clothing, activities or housing circumstances.

Being a sex worker is dangerous. But its not as though sex workers are surrounded by dangerous chemicals or heavy machinery or wild animals. Its dangerous because they are working with men. Their work makes them vulnerable to the sort of men who want to be violent to women who have little means of defending themselves. Its not the people who do sex work who cause the danger. Its the men who take advantage of their circumstances to commit violence. But the underlying assumption, that sex workers are responsible for the violence done to them, is reproduced and exacerbated by news media reports.

The media (both mainstream and social) are easy to blame because they are our only source of information about what happens in the wider world, beyond our immediate circle. The way they frame that information the words they use, the level of coverage and importance given to a story, the type of details that might be emphasised or omitted influences how we think of it. Jill Meagher, ABC staffer, was one of their own. They reported her death as the tragic event it was. Tracy was not one of their own her life was very different from the vast majority of mainstream journalists lives so she was reduced to a stereotype.

The simplicity of the Fixed It project, where I take a red pen to headlines, hadnt occurred to me back then, but I wrote for the Kings Tribune about Tracy and how her murder had been portrayed in the media. The response was overwhelming. People in her community got in touch to tell me about the rage they felt seeing Tracy dehumanised by every newspaper in the country. Women from all over the world sent me headlines from their local news outlets, saying journalists turned murdered women into salacious, sensationalised clickbait. The most heartbreaking were the people who knew and loved a murdered woman, and had to watch as the media blamed her for her own murder and made excuses for the man who killed her.

Why dont journalists think women are people? read the subject line of one email.

After Tracys murder and the contemptible way it was reported in the press, I started seeing it everywhere. Not just in crime reports but also in political reporting, sports reporting, even articles about musicians and artists. Women are not people in the eyes of the news, at least not the way men are. Women are tits and arse, theyre glamorous or fat, theyre wives or mothers or stupid or demanding or nagging or annoying or sweet or pretty. Men, on the other hand, are fully-rounded, complex people as long as theyre not too womanlike.

After responding to the treatment of Tracy in the media, I continued writing articles and blogposts about it, but nothing ever really cut through. Then, in September 2015, one of the major news sites in Australia published an article about a man who murdered his ex-girlfriend under the headline: Townsville police say selfie could have led to alleged stabbing murder. I pulled out my phone, fixed the headline and snapped it back on Twitter. Fixed It was born.

Within a few months I was regularly scanning news sites and by the beginning of 2016 I had set up daily Google alerts for any news story about mens violence against women. I was making the fixes on a daily basis and posting them on a website I had originally set up as a focal point for my freelance writing. Over the next two years Fixed It gained a strong social media following and I found myself regularly speaking at public events and writing articles about the way the media reports mens violence against women. I incorporated it into my masters degree and spent hundreds of hours researching the cause and effect of this kind of reporting. My book of the same name is the culmination of all that work.

In all that time, only one editor has ever got in touch to ask how they could write stories about women differently. Otherwise, journalists and editors dont engage. And I understand. No one likes to be publicly smacked down, and it can be frustrating and humiliating to be accused of sexism or victim blaming particularly if the journalists involved think I dont understand the pressures theyre under or the legal restraints they must work within. This was certainly true in the early days of Fixed It. But now I have a much better understanding of and more sympathy for court reporters and editors of online news who have to do far too much with far too little. I also recognise the limitations of reporting on crimes that have not been through the court. You cant call someone a rapist if he has not been convicted of rape.

But even taking into account these limitations, there are ways to rethink how we report such crimes. For example, you can (and should) call it an alleged rape instead of sex. The presumption of innocence does not prevent someone describing an alleged crime. No reporter would ever write that an accused car thief was driving their own car home because it hadnt yet been proven in court that he stole it.

Sexual violence, however, appears to present reporters and editors with difficulties that dont occur in any other criminal act. Far too often, alleged rape is reported as sex, which is not a crime. Rape is not sex and no one has ever been charged with having consensual sex. Kris Kafoops faces court over sex claim is as inaccurate in reporting on an alleged rape as Kris Kafoops faces court over driving a car claim would be in reporting on an alleged car theft.

adminRape is not ‘sex’, and ‘broken hearts’ don’t cause murder. Women are dying and language matters09.05.2019

Leonard Cohen: Thanks for the Dance review a sublime final statement