The shapeshifting rapper on being the new Joni Mitchell, body dysmorphia, and why she is wary of talking politics 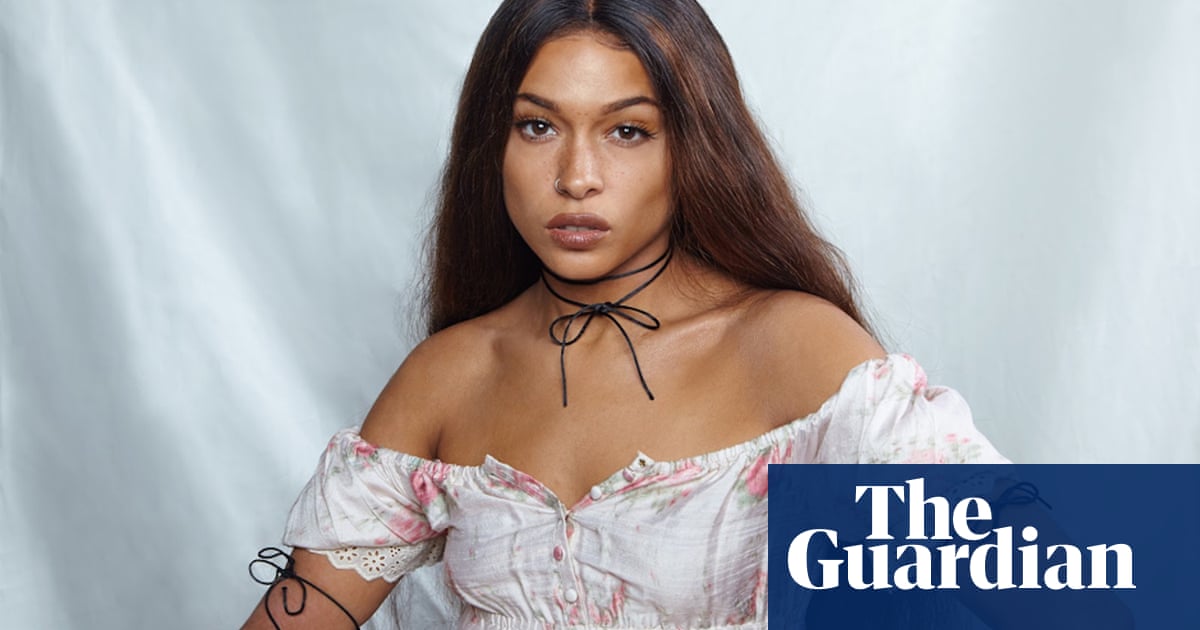 Destiny Frasqueri, the multi-hyphenate musician otherwise known as Princess Nokia, arrives at her north London label offices a little late and a lot punk. Dressed in a black Vivienne Westwood number, silver choker and towering tartan platform boots, she is sporting a panoply of piercings, her hair pulled into braids. It is a contrast with previous looks: specs and baggy basketball sweats, a full nu-metal uniform (Slipknot tee, studded wristbands) and even a mermaid phase, during which she called herself Wavy Spice. To call Frasqueri a shapeshifter would be an understatement.

Although known mostly as a rapper, over her career she has mined everything from emo and punk to ballroom, folk and lo-fi house. Today she declares herself a little hippy stoner and an old soul, honest, normal and lovely and very intelligent. She can also be, she admits a bit of a brat sometimes. The phrase that comes up most consistently, however, is how rocknroll she is.

Even if its not the music Im making, [rocknroll is] my spirit, its my soul, its how I dress, how I act, how I talk, how I love, how I make music, how I have sex, how I eat, says the 27-year-old, absentmindedly spearing a slice of mango.

Frasqueri landed from New York this morning and, after a brief sleep, made her way here for a full day of promo for her new single, the flamboyantly funky Sugar Honey Iced Tea (S.H.I.T.). Its as confrontational as you might expect: the first verse is a middle finger to her detractors I know you mad that Im famous / I know you mad that I made it while the second addresses the time in 2017 when she threw soup (butternut squash, FYI) on a racist man who was abusing black teenagers on the New York subway. I instantly got up, she says, cos if youre playing with children, and youre playing with black children, youre not about to get away with that. Not in front of me. Im not a docile, complacent person when it comes to racial aggressions. Later in the verse, she likens herself to a female Colin Kaepernick. That was a metaphor about me standing for what I believe in. Even if Im standing alone. Even if it puts me in danger.

Frasqueri is no stranger to adversity. An NYC native of Puerto Rican descent, she was raised in Harlem until the age of 10, when her mother died from an Aids-related illness. The grieving pre-teen was shunted into various foster homes, one of which she has previously described as physically abusive, before running away to live with her grandmother in the Lower East Side when she was 15. She started songwriting when she was 12. I was a happy-go-lucky gothic girl who had an optimistic spirit cos I was suffering a lot at home, she says. Id been suffering all of my life. I think comedians and artists, we do that. We know how to be the life of the party and enjoy exuberance outside of pain.

When Frasqueri dropped her first single on SoundCloud in 2010, fans were drawn to a savvy artist who could flip from utter irreverence (Bitch Im Posh) to shrewd commentary on colonial history (Yaya). For her new record, she is trying something new: due next year it was recorded between Puerto Rico, Los Angeles and New York, and saw her work with jazz musicians, freestyling and sometimes creating as many as 10 songs in three hours.

According to Frasqueri, one of the records producers has compared her creative output to Joni Mitchell. He said: Youre emotional and youre powerful and youre this really witchy woman. Joni was with all the guys and they loved and revered her and I see you do that. You come into these spaces with all of these musicians and men and youre just one of the gang. You love to have a good time, you have the purest heart, youre rocknroll in so many different ways. I was like: Youre so right.

For someone so often candid and outspoken whether alleging that Ariana Grandes 7 Rings was a rip-off of her track Mine on social media or confronting misogynist students at a Cambridge University show in 2017 it is surprisingly tricky to navigate certain parts of conversation with Frasqueri. As we segue from the themes in her single to wider topics to do with society, such as whether the US has regressed since 2017, she seems unwilling to talk. To be honest with you, Im really trying to make my articles centred around music solely, she says firmly. A lot of journalists like to ask a lot of questions that are very non sequitur to the topic at hand. I dont want to go into public zeitgeist because I dont do press a lot and Im allowing you to do this and ask me questions and Im very intelligent so I talk a lot but I cant go into worldly issues. This is about Princess Nokia music.

She is similarly reluctant to discuss the clear ballroom influences in her singles video; in this instance she is wary about being seen as a spokesperson for an important part of the LGBTQ community. Ballroom is a tricky topic that Im not going to bring up. People want to latch on to it because its very popular right now. I dont want to be a spokesperson for it because once I say I vogued in high school, people want to latch on to that, and they dont want to latch on to other things that are more important. She stops for a breath. I just have to be very adamant on these things.