Vapes were once seen as safe alternatives to smoking, but now the biggest US vape-maker faces similar issues to cigarette companies 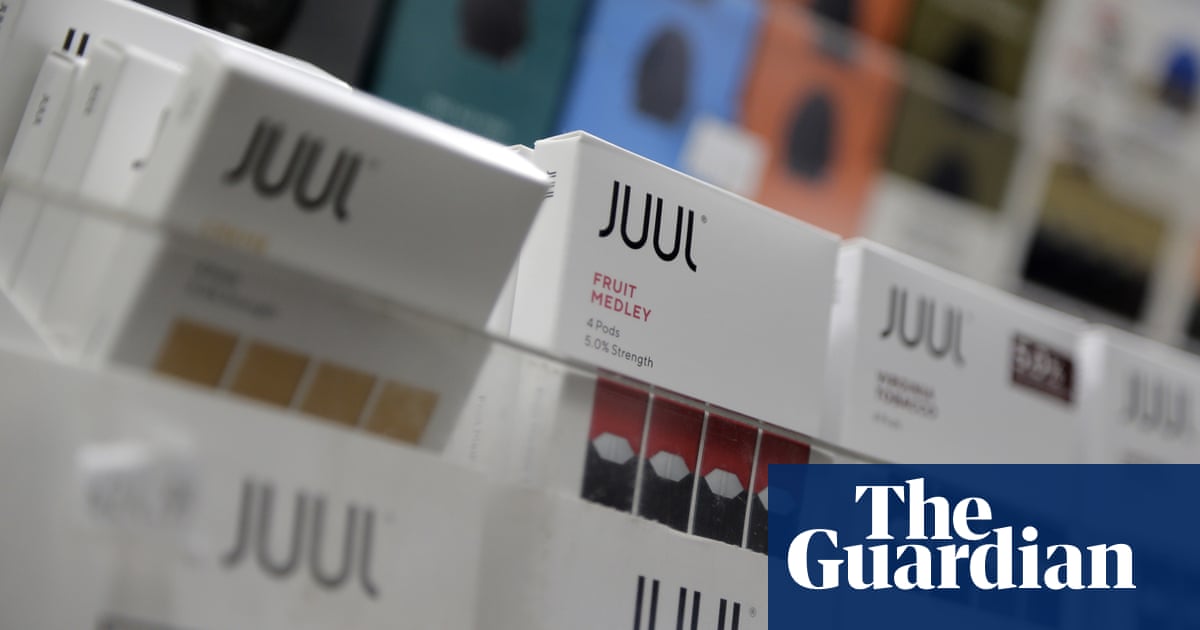 Savannah West was 16 when she started Juul-ing, a verb often used to describe puffing an e-cigarette of any variety, but in Wests case it meant using the eponymous mint and mango flavored Juul.

She started vaping for flavors alone. When a user inhales through the Juul mouthpiece, a battery instantly heats up a pod of liquid, releasing an aerosolized mist of flavor and nicotine. In rapid escalation, West started vaping the equivalent of eight packs of cigarettes a week.

I just became so heavily dependent and I felt like I had to do it or I didnt feel good, said West. I would sit in class and I wouldnt be able to focus because I would just be thinking about, When am I going to get the chance to go off to the bathroom and be able to Juul?

Now addicted to nicotine, West is suing, and hers is just one example of a rising tide of lawsuits being filed against Americas dominant vape manufacturer and an example of how a sector once perceived by many as a safer replacement for cigarettes and big tobacco is starting to encounter many of the the same problems.

An estimated 9 million adults and 3.6 million US teenagers vape, including 20% of high school students, making the potential plaintiff pool enormous. Juul commands three-quarters of the US e-cigarette market, with sales growing 783% between June 2018 and this year to $942.6m, Wells Fargo reported. In less than one year, Juuls valuation rose from $16bn in the summer of 2018 to $38bn in December 2018.

Everyone really thought it was cool to do, said West. And the fact there were good flavors, specifically the mango one, it was just really appealing for our whole little group to do it. And the fact we could sneak it around and do it practically anywhere.

West, now 20, has tried to quit three times. During her first cold turkey attempt, she said she experienced suicidal thoughts, bouts of rage and mood swings, according to her attorneys. She has bought cigarettes when she could not afford Juul pods, and recently tried a nicotine patch to quit.

Little is known about vapings health impacts, especially long-term, though researchers believe it is a better option than smoking. There is debate in the scientific community about whether the devices encourage young people to try cigarettes. Juul Labs did not respond to a request for comment.

The types of cases to come will really start to change, and youre going to see more and more catastrophic injury cases in addition to these [addiction] cases, Van Zandt said, referring to Juul lawsuits as tobacco 2.0.

The cases are also ramping up amid a vaping-linked health scare. More than 400 possible cases of a severe, pneumonia-like lung ailment have been identified in 33 states and one US territory. No single manufacturer or product has been identified as the source of the problem, but neither have any been ruled out.

Vaping has become so common in schools some students call lavatories the Juul room. In one case being handled by Van Zandts law firm, one mothers twin daughters Juul-fueled nicotine addiction became so severe she started home-schooling them. As students return this fall, some school administrators have begun to publicly weigh whether students caught vaping should be punished or referred to rehab.

A spokesperson for Juul Labs called the lawsuits essentially copy and paste unfounded allegations already raised in other lawsuits.

Juul Labs is committed to eliminating combustible cigarettes, the number one cause of preventable death in the world, the spokesperson said in a statement. Our product has always only been intended to be a viable alternative for the 1 billion current adult smokers in the world. We have never marketed to youth and do not want any non-nicotine users to try our products. The company also said it launched an anti-teen vaping initiative.

In an example of how large the litigation could become, a federal judge in California is now hearing whether the suits should be grouped into one court, like lawsuits filed against opioid manufacturers. The tactic, called multi-district litigation, allows one court to hear cases from around the country, companies to settle cases with thousands of plaintiffs simultaneously, and plaintiffs cases to move quicker.

Van Zandt pointed out the suits are against some of the same big tobacco companies sued in the 1990s, including Altria, formerly known as Philip Morris, which bought a more than one-third stake in Juul last year.

The teen vaping epidemic, as the US surgeon general called it, has led to a barrage of criticism of the company, including an e-cigarette sales ban in the companys hometown of San Francisco. Michigan last week banned flavored vape pods in an emergency declaration, citing the recent spate of unexplained and severe lung illness linked to vaping.

An investigation of Juuls social media marketing by the US Federal Trade Commission was revealed in August, amid scrutiny of ads just a few years ago that targeted kids with colorful backgrounds and youthful Juul-using models. Last year, the US Food and Drug Administration (FDA) conducted an unannounced raid on their headquarters, although it has so far failed to regulate vaping products.

Recently, Juuls CEO, Kevin Burns, said its product is meant for adults, and warned in an interview with CBS This Morning: Dont vape. Dont use Juul.

Although Juul is pitched as a reduced-harm device for adult smokers, it has not been approved for this use by the FDA. On Monday, the FDA sent a warning letter to Juul, that said the company had ignored the law by making unapproved safety claims, including in schools. A recent study in the BMJ also suggested Juul is being used by smokers in addition to cigarettes, rather than as a replacement.

A wave of teen vaping has not hit the UK, where Juuls have less than one-third of the nicotine potency they have in the US, and where the devices only recently went on sale in stores.

The actions come as Altria is now reportedly in advanced talks to merge with the global maker of Marlboro, Lausanne-based Philip Morris International. Despite the existential threat of 1990s-era litigation, both companies are doing well. Altria made a $12bn profit in 2018.