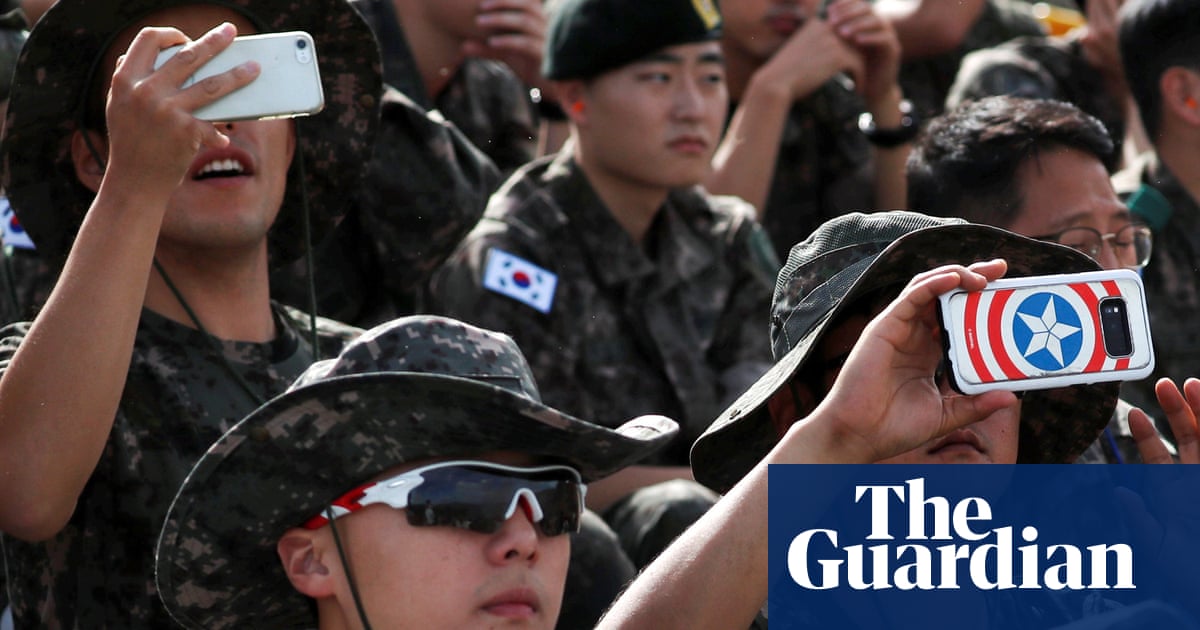 There are so few exceptions for young men hoping to avoid conscription in South Korea that even the countrys most famous musicians are required to pause their careers and get down in the dirt.

But 12 vocal students have found a new way to avoid service: expanding their waistlines.

The aspiring singers, who were not named, binged on pizza and hamburgers five times a day in an effort to gain weight and ultimately fail the military physical. They swapped tips over chat apps and determined high-calorie protein shakes, supplements and drinking a lot of aloe juice to retain water weight were the best options, according to a military investigation.

All South Korean men must serve about 22 months before the age of 28 and are subject to a physical to determine whether they are fit for duty. Those who fail the physical requirements are either exempt from service altogether or must complete alternative civilian work, generally seen as preferable to the privations of military life.

There are almost no exceptions, not even on religious grounds. The issue resurfaced recently when lawmakers and fans of K-pop group BTS called for their achievements at the top of the Billboard charts to be recognised with a pass from the military. Only those who win classical music competitions or medals at the Olympics or Asian Games can avoid conscription.

The 12 weight-gaining vocalists hoped to work in community service so they would still have time to sing after work, according to a report by the Korea Herald. After their plan was discovered the military conducted an investigation and referred the case to prosecutors. If found guilty they will be forced to complete military service. Two have already completed alternative service but might have to serve again in the military.

South Koreas military planners are in the middle of a plan to reduce the size of the countrys armed forces and shorten the period of service for conscripted soldiers. The armed forces will shrink from 618,000 to 500,000 personnel and shorten service to about 18 months. Young people often complain that conscripts only earn about 300,000 won (210) a month, far below the minimum wage.

With unpredictable North Korea next door it is unlikely the system will be scrapped, although officials are considering whether to grant more exceptions for the countrys top talent.

Make yourselves at home: the meaning of hospitality in a divided world

We finished every bottle! Berlin’s cultural legends on the night the Wall came down