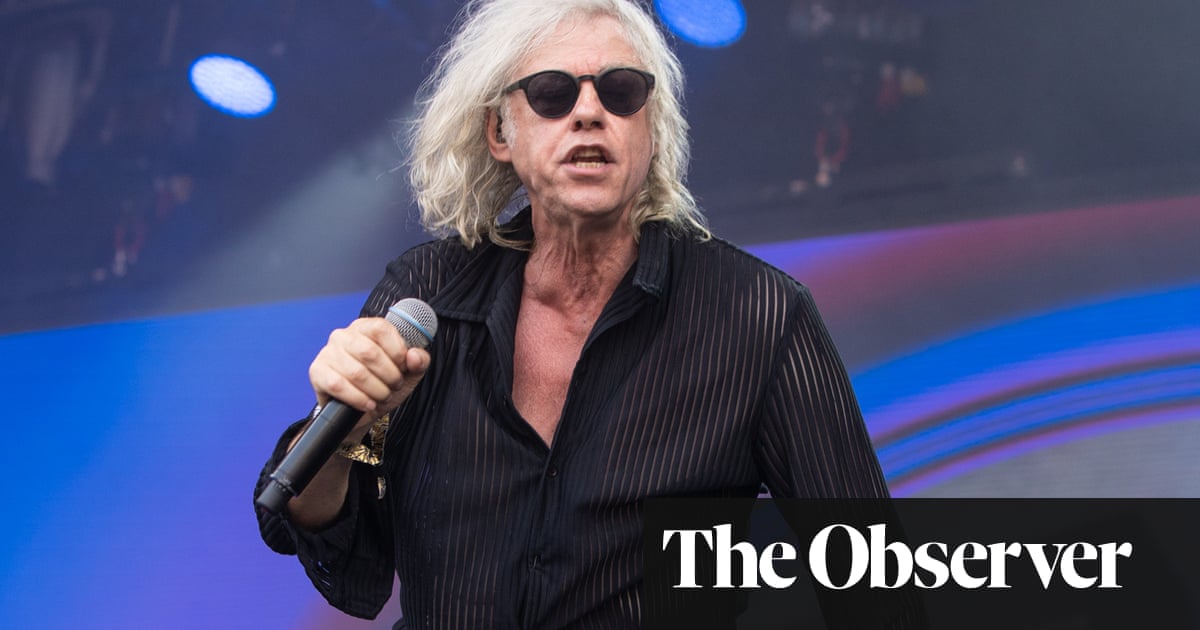 And yet the industry is gripped by the fear that Brexit will shatter that success and cause irreparable damage to the UKs cultural influence and output. In an open letter to the prime minister on Sunday, organised by Bob Geldof and backed by dozens of pop, rock and classical heavyweights including Sheeran, Rita Ora, Damon Albarn, Jarvis Cocker, Simon Rattle, and Brian Eno, the sector makes an urgent call for a rethink on Brexit.

We are about to make a very serious mistake regarding our giant industry and the vast pool of yet undiscovered genius that lives on this little island, the letter warns. It predicts that the vast voice and reach of British music will be silenced in a self-built cultural jail.

One of the signatories, the broadcaster and award-winning composer of choral music Howard Goodall, said he believed the time had come to put diplomatic reserve to one side.

Bobs letter is passionate and very emotional and that is one of the things missing from the wider debate, he told the Observer this weekend. A lot of musicians will have believed that there would be some sort of musicians passport arrangement. Thats what makes this letter so timely. People are going to lose their jobs if theres no deal, and even if there is a Chequers-style deal, there will be no provision for this kind of professional travel. Everything is going to change.

On Wednesday, the prime minister pledged to abolish article 45 of the EU charter of fundamental rights, which grants freedom of movement to EU citizens, and bring in a new immigration system that ends freedom of movement once and for all. The letter describes this as a serious madness.

Geldof said that everyone he had asked to add their support to the campaign said yes. I am completely committed to having a democratic public vote to prevent the whole Brexit thing screwing us for the future, he said.

The fallout for the industry and its stars, from its major touring pop behemoths to culture-innovating club promoters, is stark and expensive. Last month, Lily Allen joked that had she won the Mercury music prize, the 25,000 prize money would have been spent on visa applications after Brexit.

Alex Sushon, a producer and DJ better known as Bok Bok, told the Observer: I am definitely living in fear of having to secure weekly visas to European destinations in order to keep working. It is a daunting prospect. Sushon, who runs Night Slugs one of the UKs most influential music labels and clubnights said that curbs to freedom of movement within Europe would be pretty devastating for him, and for many more DJs and producers: Probably 50% of my income depends on it.

For Massive Attack, who have sold more than 11m albums worldwide, Brexit poses more than a financial problem. I will never complain about paying taxes or extra costs, said band member Robert del Naja this weekend. But I find it morally repugnant that Britain expects the rules should be different for us. Del Naja predicts that many more festivals will close and promoters and new artists will suffer greatly.

While Massive Attack remain local to Bristol, Del Naja is clear that without Europe, we would not be the band we are now. When we played in France, Italy, Spain, the Netherlands, the audience there defined what we became. We would never have succeeded or carried on without the privilege of playing those places that feedback creates your future.

Speaking to the Observer, Al Doyle, a member of Hot Chip and LCD Soundsystem, felt that there was little chance of his bands having the same success if they were starting out now. With Hot Chip, we didnt wait to get big in the UK and then match that in Europe we were always going out there and the margins of touring are so slim that even if you added a tiny element of bureaucratic cost in visas, touring carnets for gear etc it wouldnt be feasible. It is completely plain and unarguable that British music will suffer it just depends on how much you care about that.

For small venue owners and record labels, the problems are manifold. Stephen Bass, co-owner of Moshi Moshi Records, the independent that first signed Bloc Party, Kate Nash and Florence + the Machine, predicted that any change to travel rules would have a dramatic effect on the fortunes of the [bands] I look after and the crew of people involved in live shows.

Countries like America make it increasingly difficult to tour, and effectively cut themselves off from being a territory in which Moshi Moshi acts can perform and generate income. To have our near neighbours isolating us in a similar way would be a disaster for us and even worse for bands starting out in their careers, he said.

Auro Foxtrot, who owns London gig and club venues Village Underground and Evolutionary Arts Hackney, said difficulties had been building since the referendum. The exchange rate is a massive issue and when the pound crashed, artist fees went through the roof and lots of shows got cancelled [across the UK]. To him, the bottom line cant be Brexit-proofed, but the impact on thriving club culture is immense. Those things develop through exposure of new ideas, different ways of viewing the world, other takes on society. If you close it and slim it down, you cut off collaboration, understanding and tolerance.

Imagine Britain without its music. If its hard for us, then its impossible for the rest of the world. In this one area, if nowhere else, Britain does still rule the waves. The airwaves. The cyberwaves. The soundwaves. It is of us. It is our culture.

We dominate the market and our bands, singers, musicians, writers, producers and engineers work all over Europe and the world. In turn, Europe and the world come to us. Why? Because we are brilliant at it. No one quite knows why this should be but everyone understands it to be so. The sound and the words seem universal. It reaches out, all inclusive, and embraces anyone and everyone. And that truly is what Britain IS! That is proper Global Britain.

But Brexit threatens, as it does so much else, this vast voice. This huge global cultural influencer. We are about to make a very serious mistake regarding our giant industry and the vast pool of yet undiscovered genius that lives on this little island.

Why are we closing down these possibilities for ourselves and for those as yet unknown to us? Brexit will impact every aspect of the music industry. From touring, sales, copyright legislation, to royalty collation. Indeed it already has. As a result of the referendum vote, the fall in the pound has meant hugely increased equipment costs, studio hire, and touring costs all now materially higher than before and not forgetting that squeezed household incomes means less money to go to clubs and buy tracks, T-shirts, gigs and generate the vast income necessary to keep the up and comers on the road and musically viable.

A massive 60% of all royalty revenue paid to the UK comes from within the EU. And at home, ANY increase in import duty will mean that ANYTHING that comes to us from outside will cost significantly more. We have decided to put ourselves inside a self-built cultural jail! The very opposite of wall-destroying, prejudice-denying, ideas-generating that is the very essence of contemporary music. And yet it is the much-mocked freedom of movement that so effortlessly allows our troubadours, our cultural warriors, to wander Europe and speak of us to a world that cannot get enough of [them], and which generates countless billions for our threatened institutions.

This is all a serious madness. We must take back our future.We must reform and restructure the EU. When Europe is in a mess, the Brits get stuck in. They dont withdraw, they double down. They get in close and messy. Make Europe the continent that we and the people of Europe want. Not the one dreamt up in another time by the ideologues, or by the undemocratic fiat of mediocre politicians or the dull exhortations of a pallid bureaucracy. A new one. A different one. An exciting one. A rocknroll one.

Yours, Bob Geldof and friends.

adminCultural jail: Brexit could bring booming industry to its knees10.07.2018